"It's dirty, it's sexy, it's disgusting, it's hilarious - and it's about being a girl. As in, a real girl. Scared? You should be."

A dry-witted woman, known only as Fleabag, has no filter as she navigates life and love in London while trying to cope with tragedy. The angry, grief-riddled woman tries to heal while rejecting anyone who tries to help her, but Fleabag continues to keep up her bravado through it all. 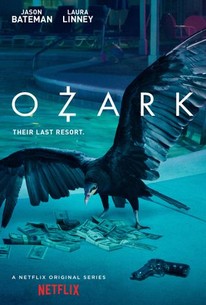 "Ozark Season 3 is still one of TV's best crime dramas, with excellent performances from Jason Bateman and Laura Linney."

This drama series stars Jason Bateman as Marty Byrde, a financial planner who relocates his family from Chicago to a summer resort community in the Ozarks. With wife Wendy and their two kids in tow, Marty is on the move after a money-laundering scheme goes wrong, forcing him to pay off a substantial debt to a Mexican drug lord in order to keep his family safe.

WrestleMania 36 is the upcoming 36th annual WrestleMania professional wrestling pay-per-view and WWE Network event produced by WWE for their Raw, SmackDown, and NXT brand divisions — the first to promote the NXT brand.